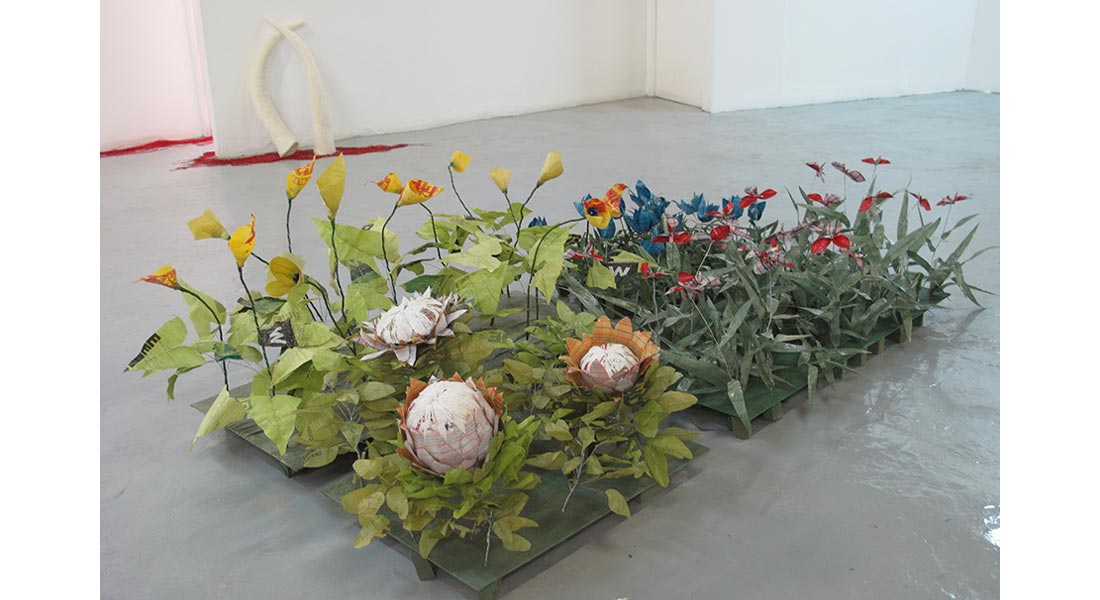 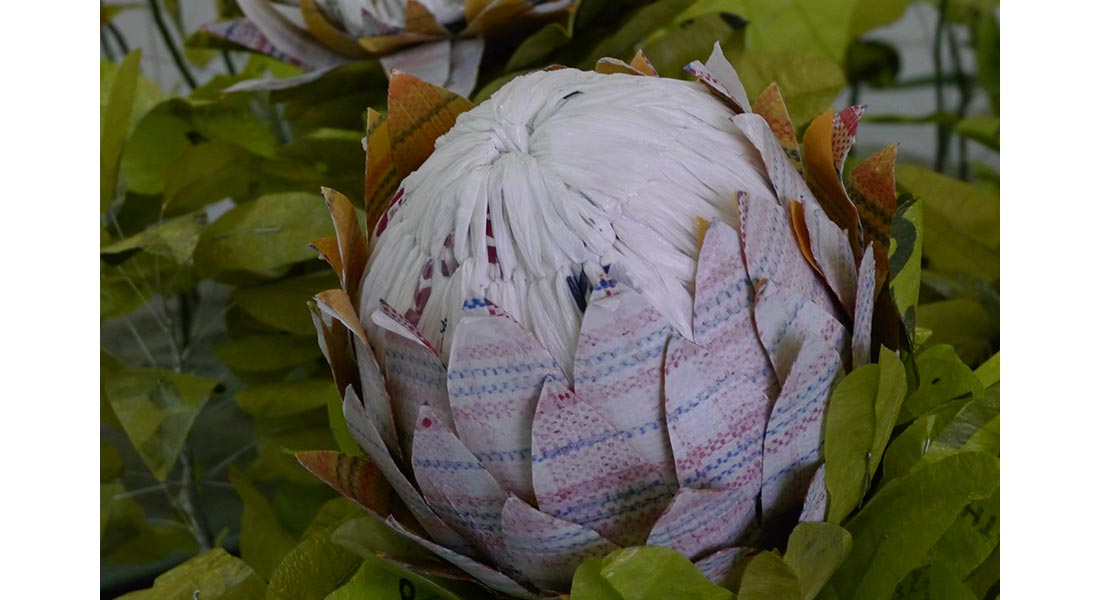 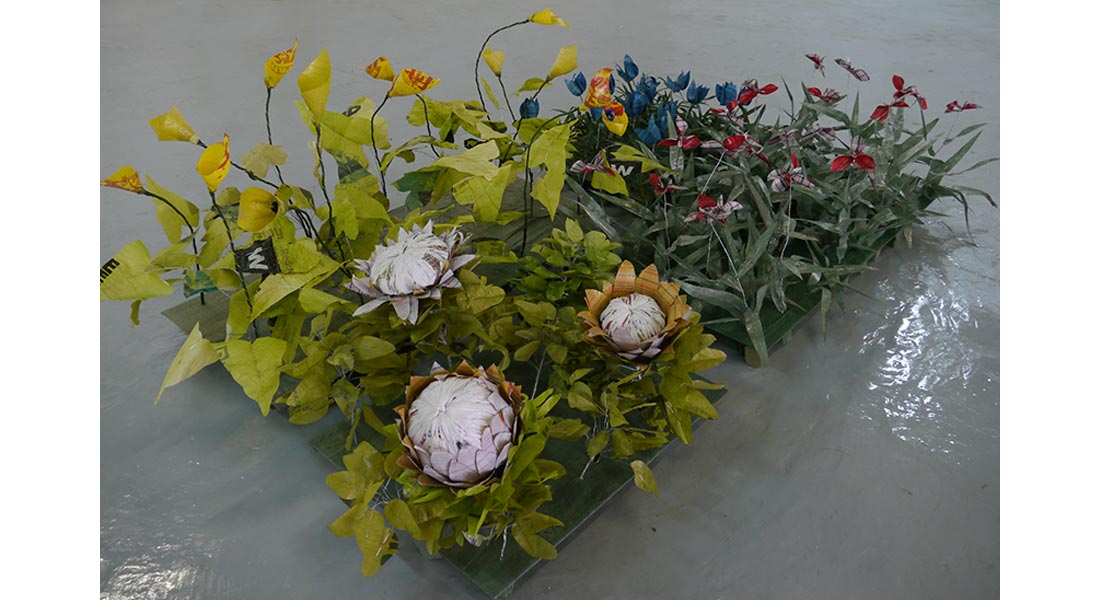 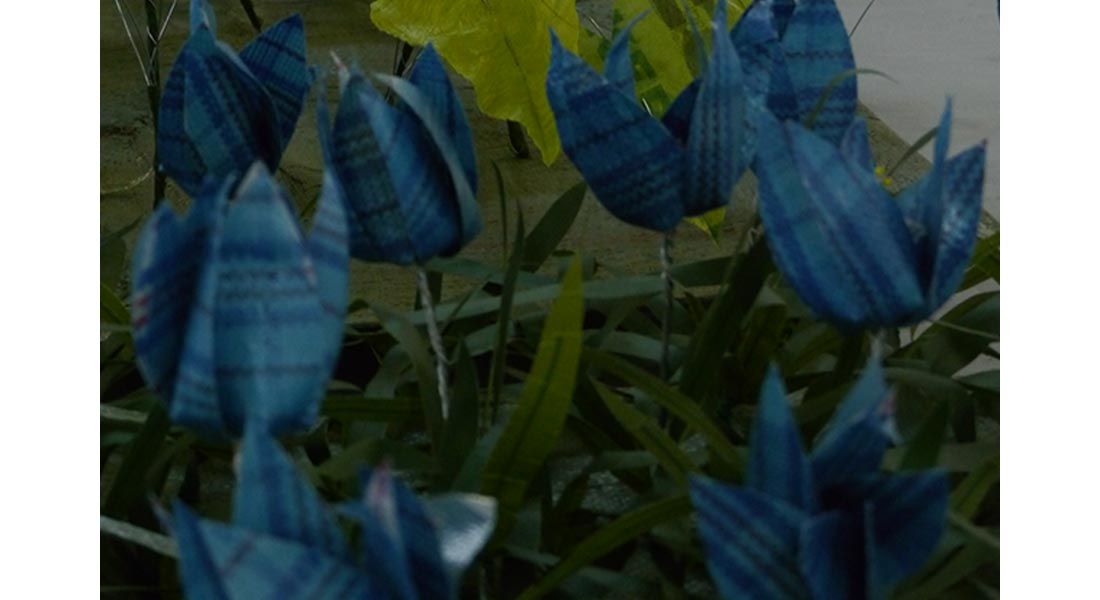 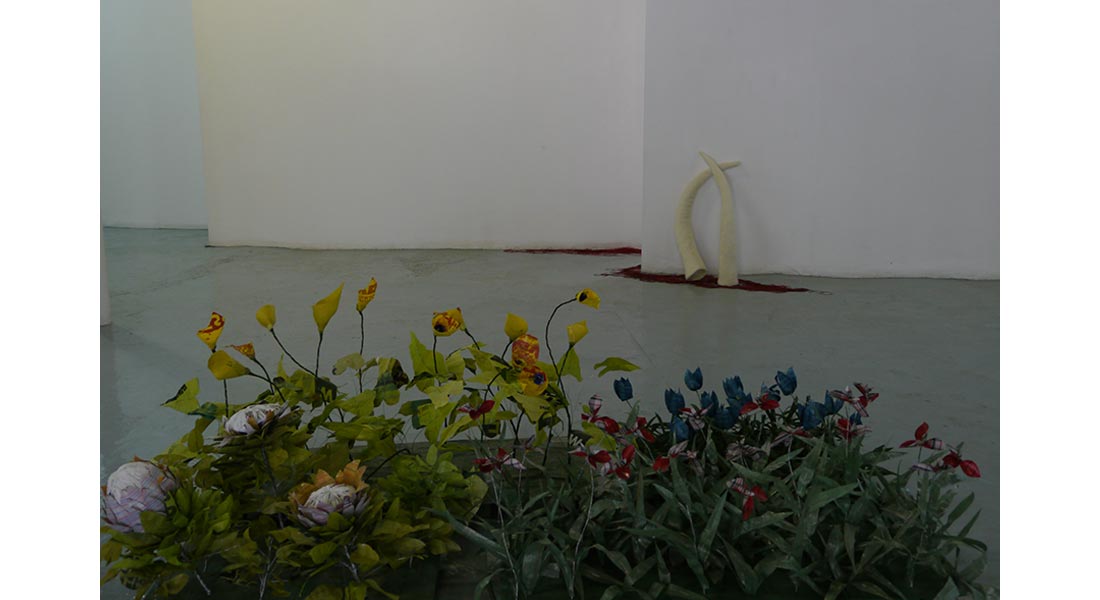 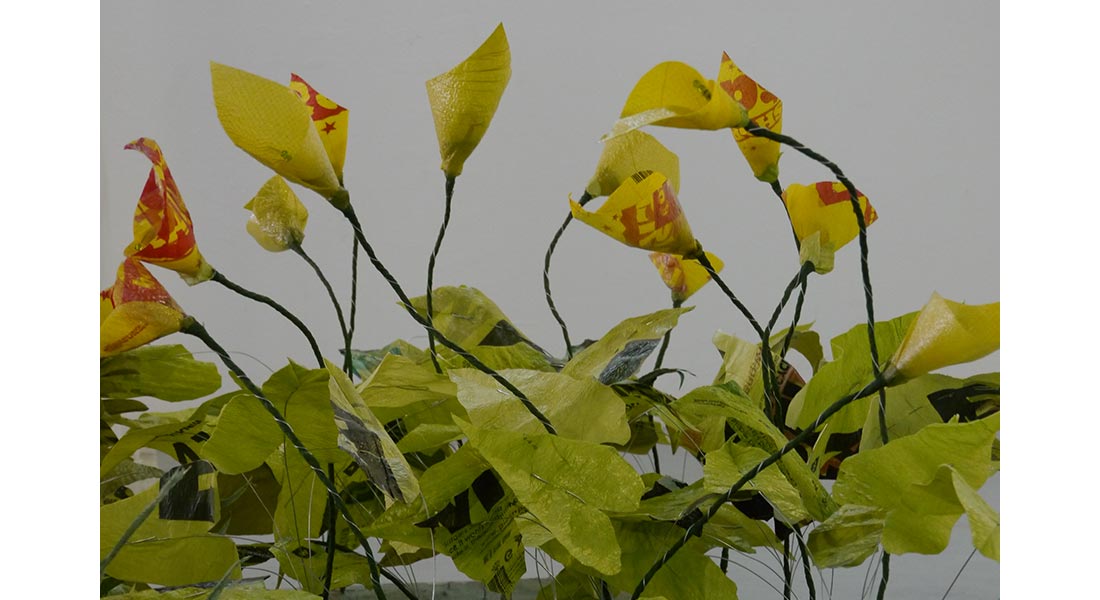 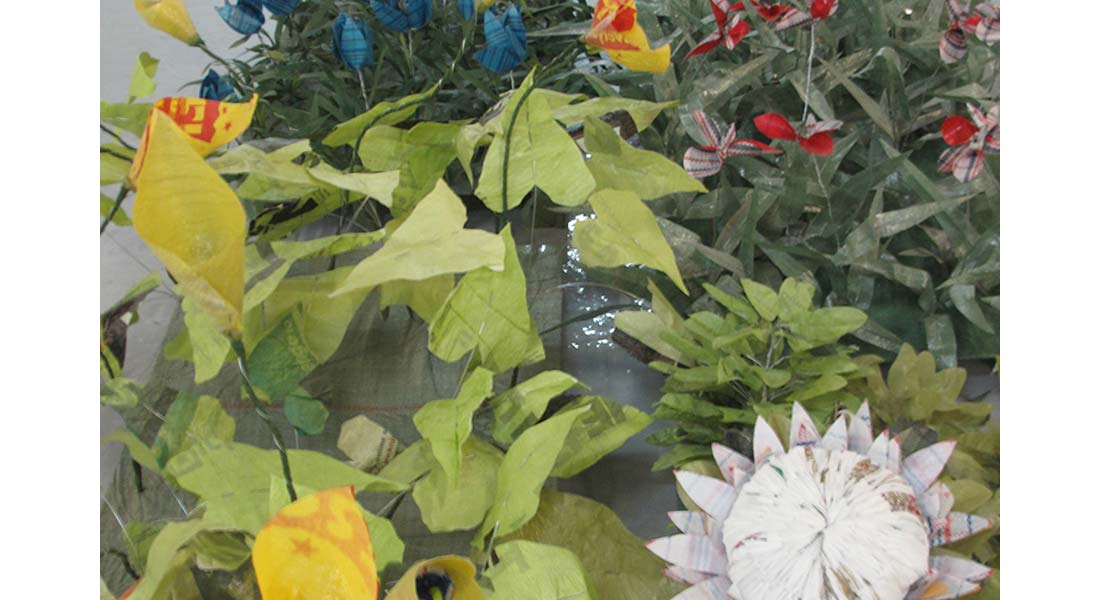 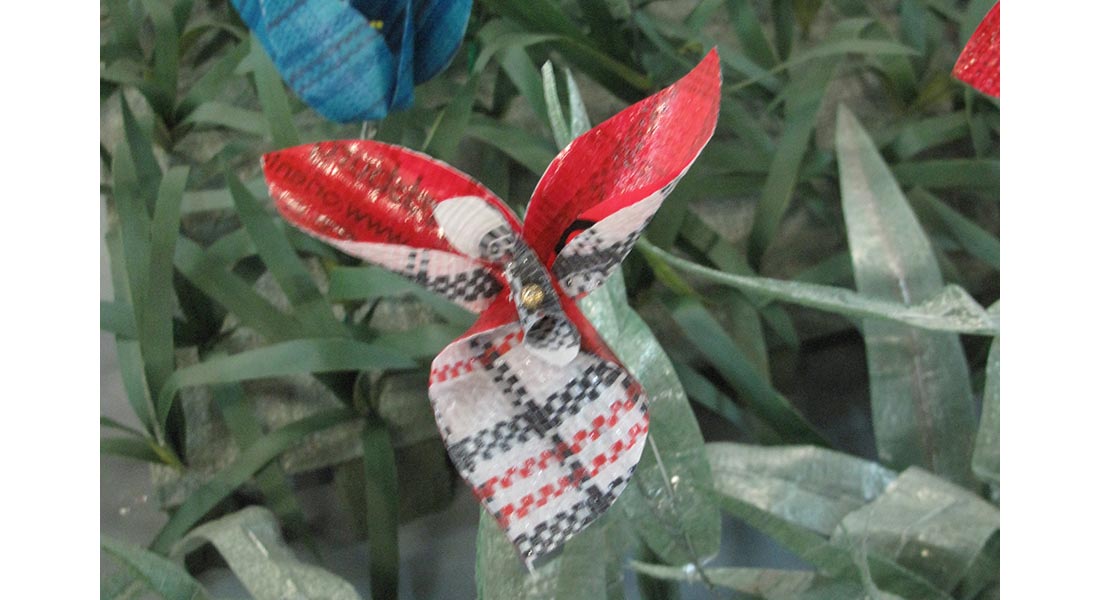 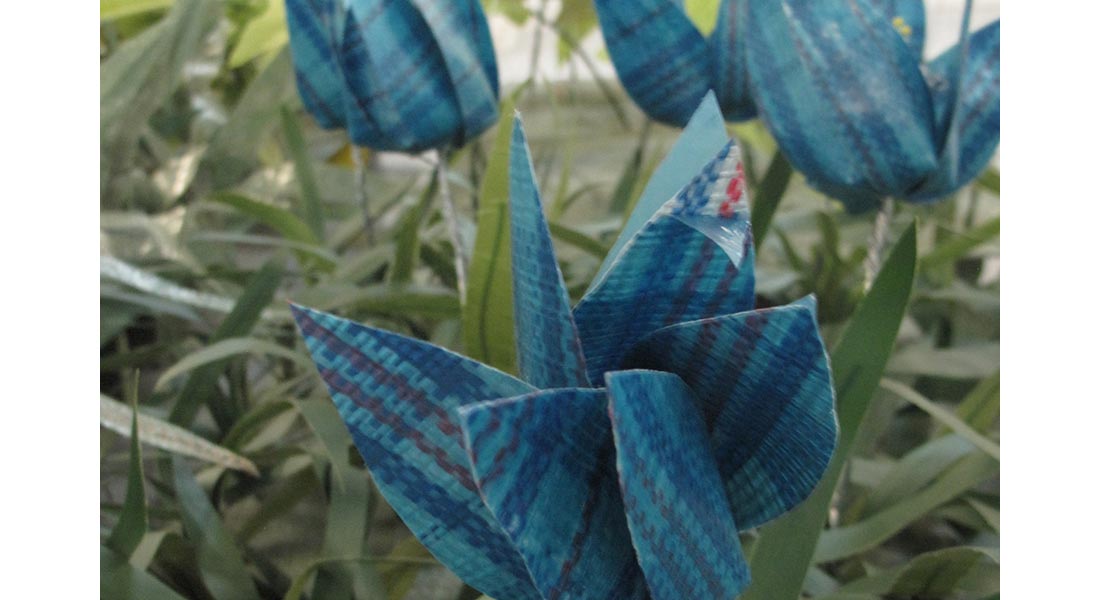 Hessian bags for Johannesburg’s food market were once produced in the Bag Factory building. In an updated translation of this history Hovey has recycled the ubiquitous plastic shopping bags that are blown down Mahlatini street and used them as material to install a garden of industrialized plastic plants.

Hovey selected four fynbos plants from the Cape Floral Region that are classified as endangered, vulnerable or threatened from among the nearly 7000 endemic plant species in South Africa. These are the Disa Uniflora (Rooi Disa), the Zantedeschi Pentlandii (Yellow Arum), the Babiana Arenicola and the Protea Cynaroides (King Protea).

The Cape Floral Region represents less than 0.04% of the total world landmass, but is home to an impressive biodiversity comprising 3% of all plant species. As a result UNESCO has granted the region World Heritage status which has diminished habitat-loss due to housing and agriculture developments. Unfortunately unabated climate-change remains a major threat to the survival of the Cape Floral Kingdom.

Referencing South Africa’s political past and the current practice of monoculture agriculture Hovey’s installation presents plants that have been unnaturally separated from one another and placed in a configuration that references the layout of Diepkloof’s ‘matchbox houses’ constructed to accommodate migrant workers. Each species has been removed from an integrated environment and place in a system of separated coexistence.