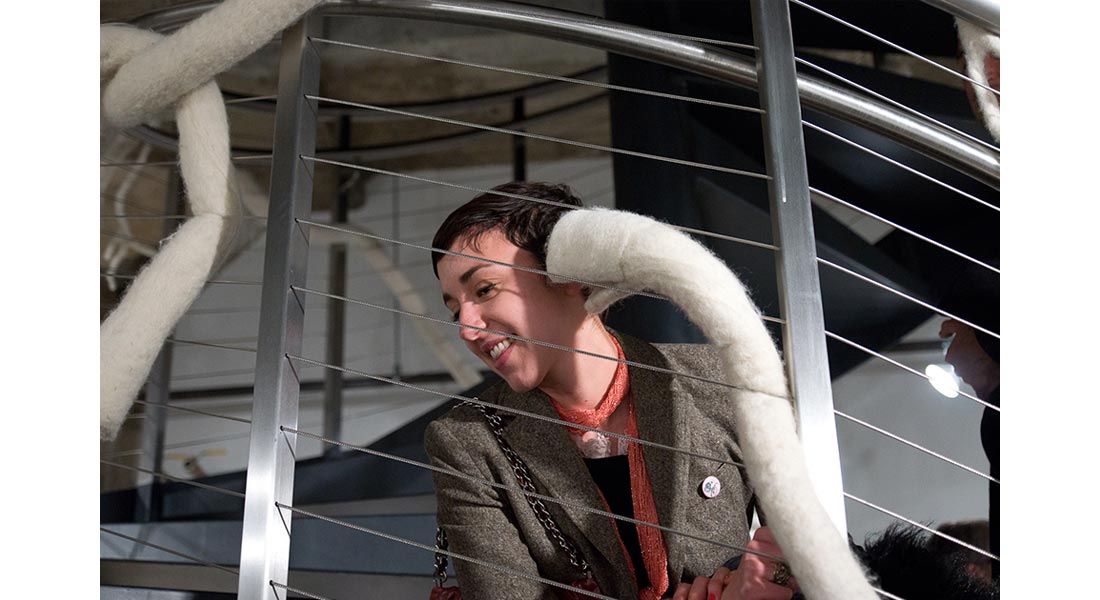 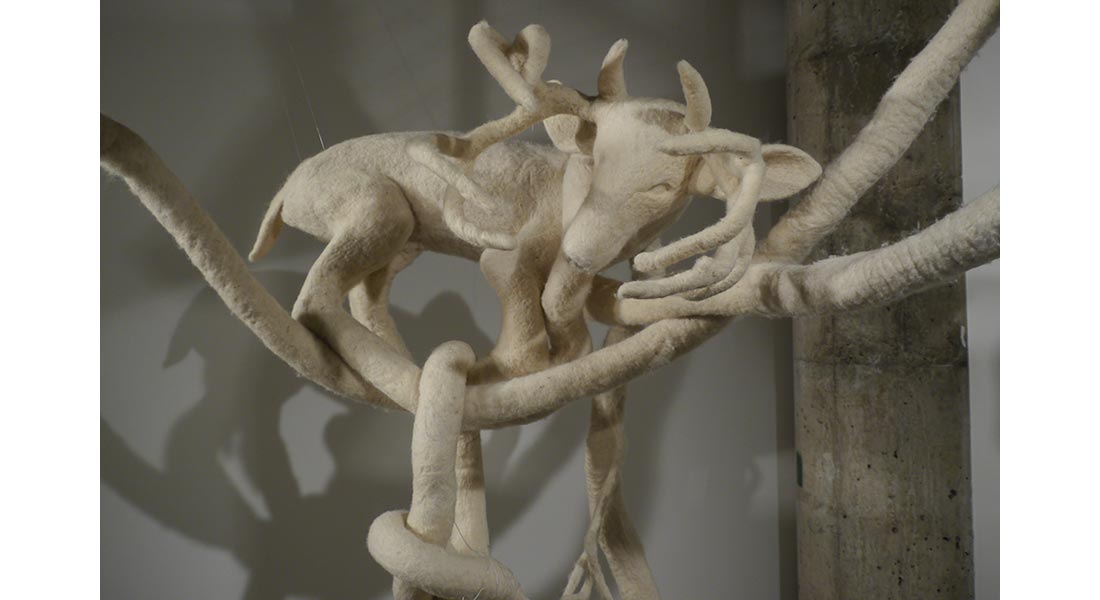 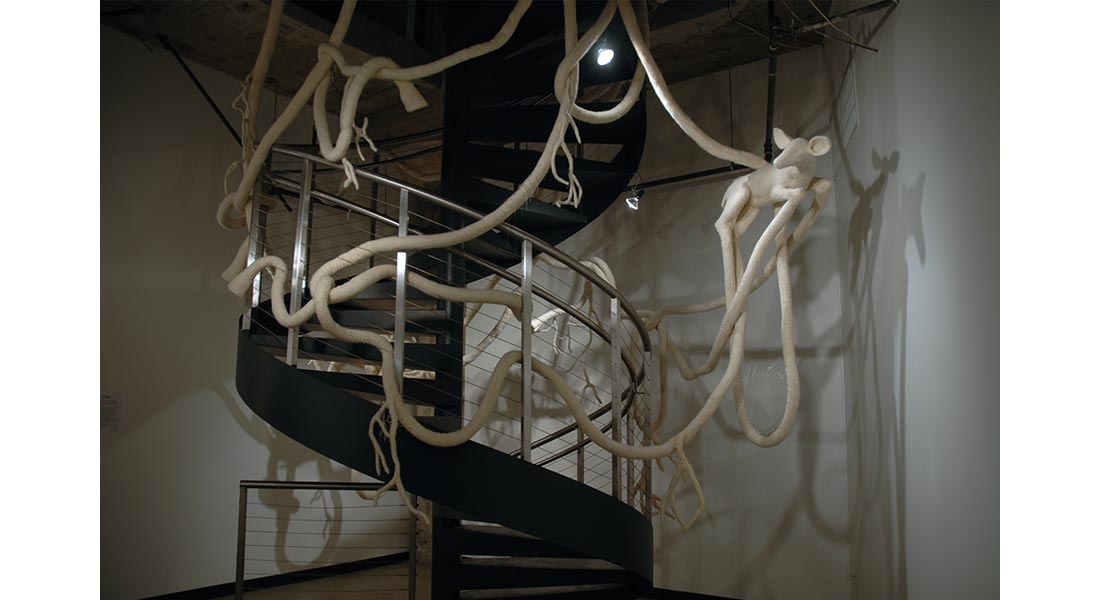 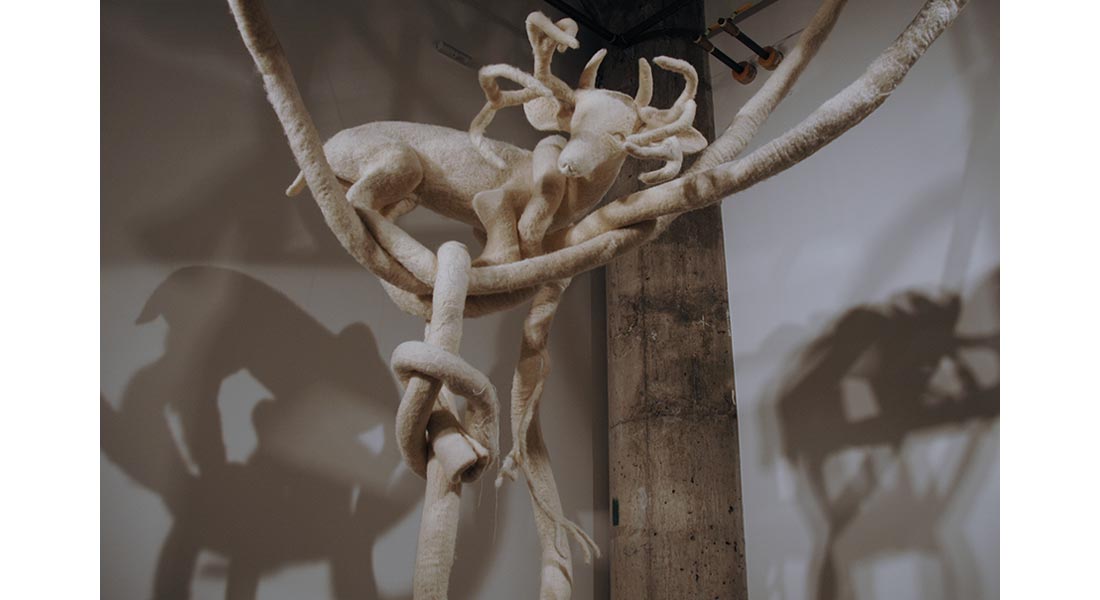 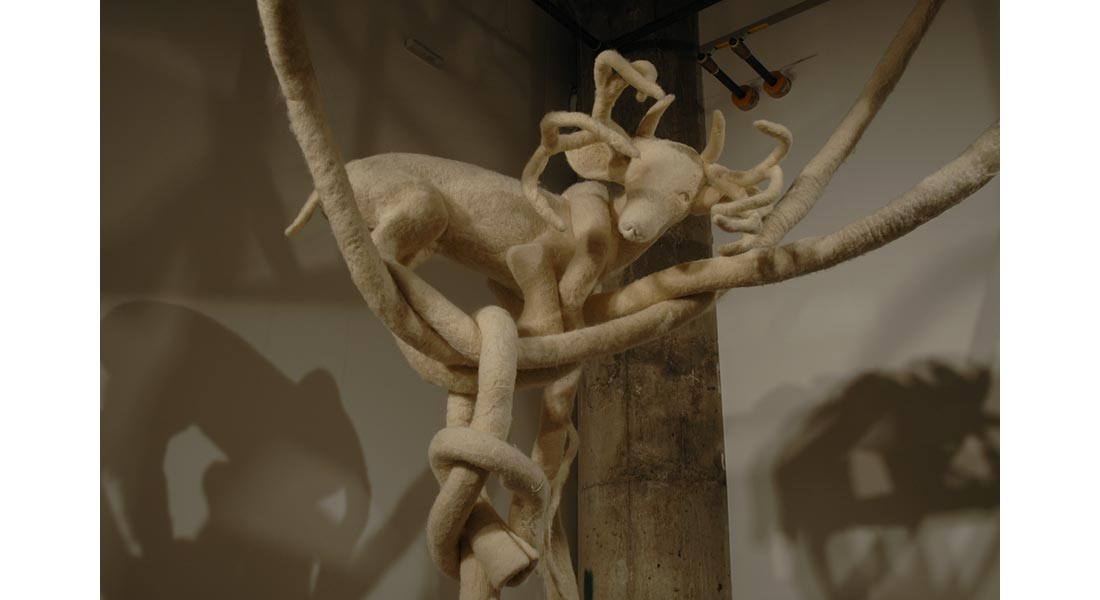 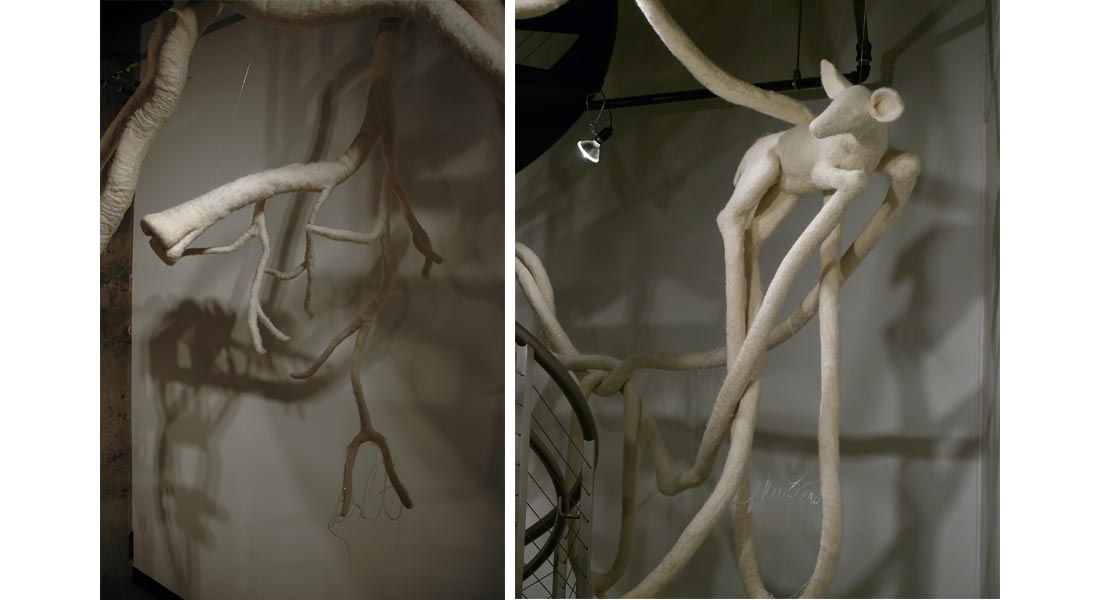 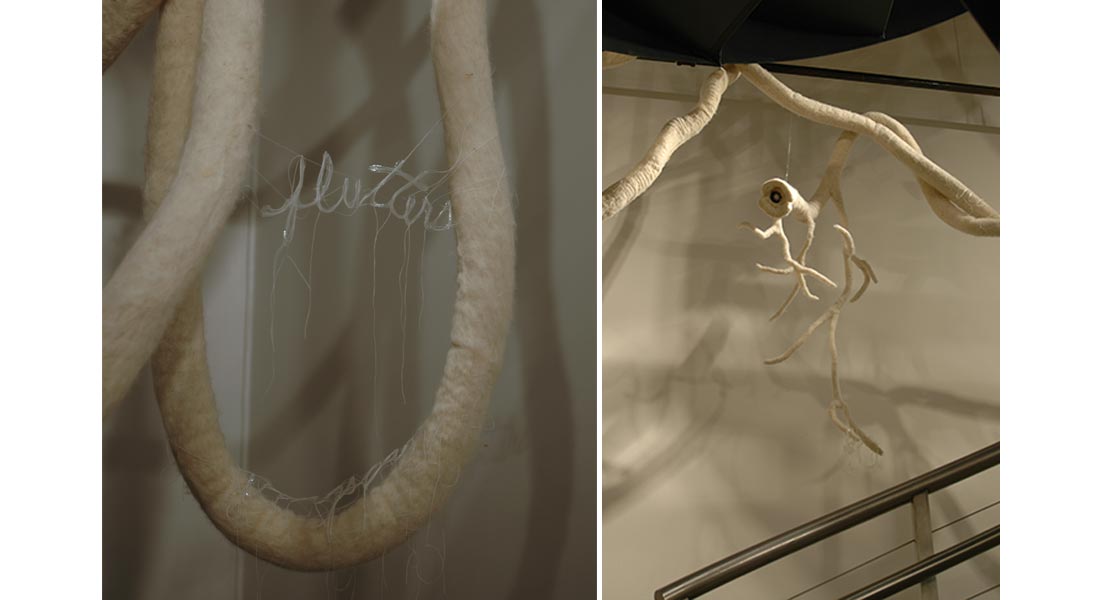 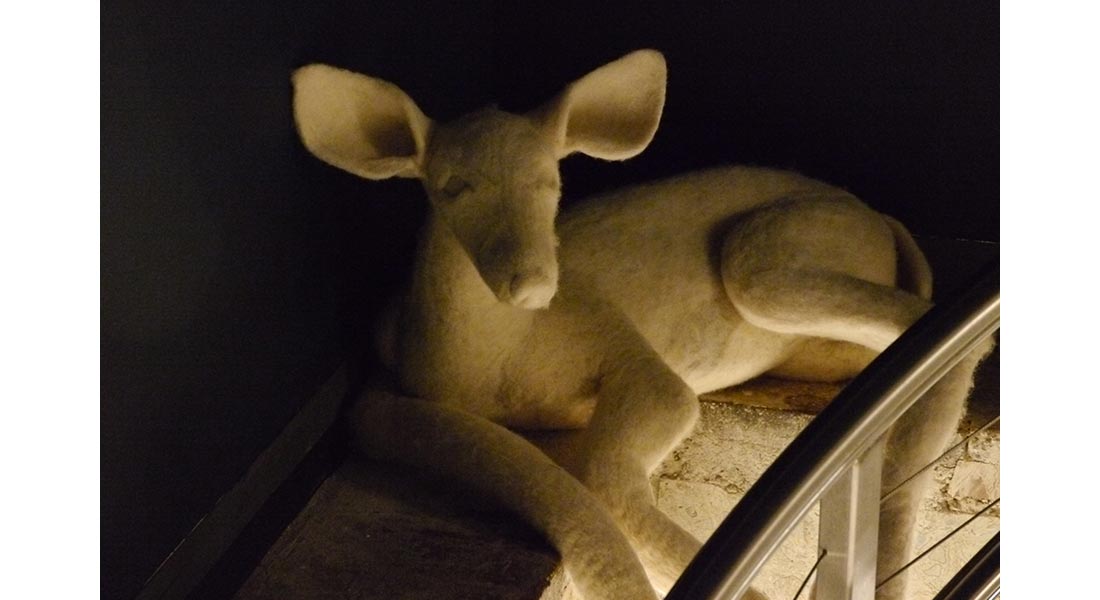 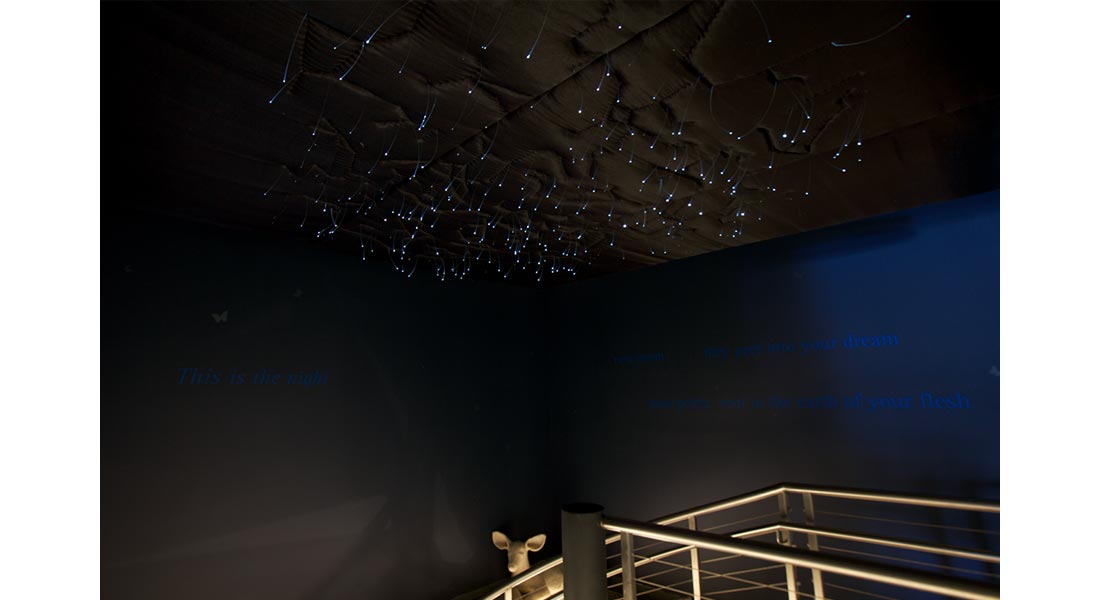 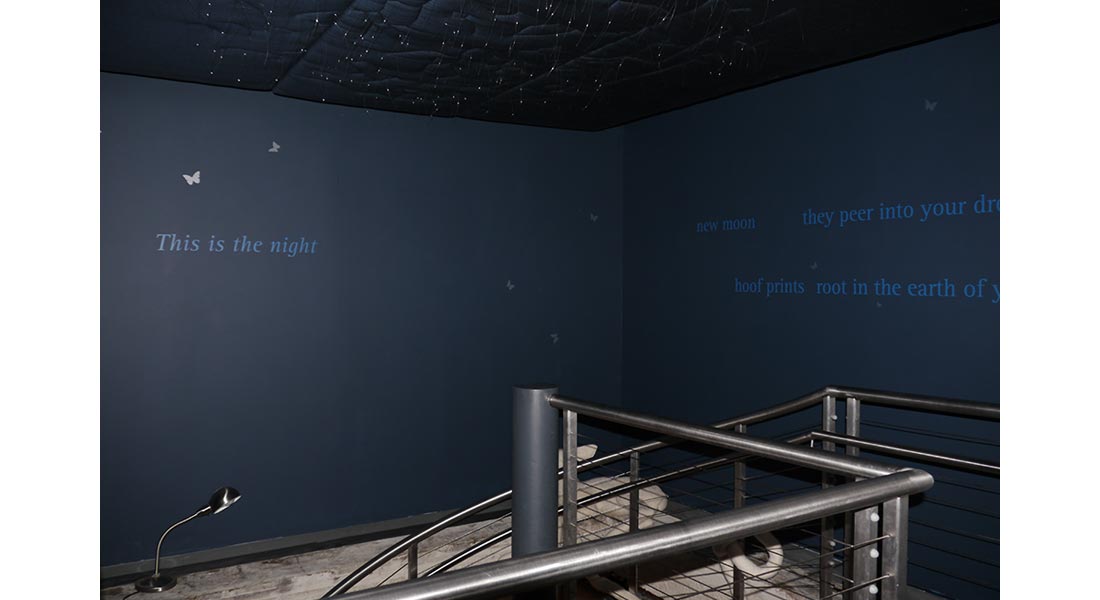 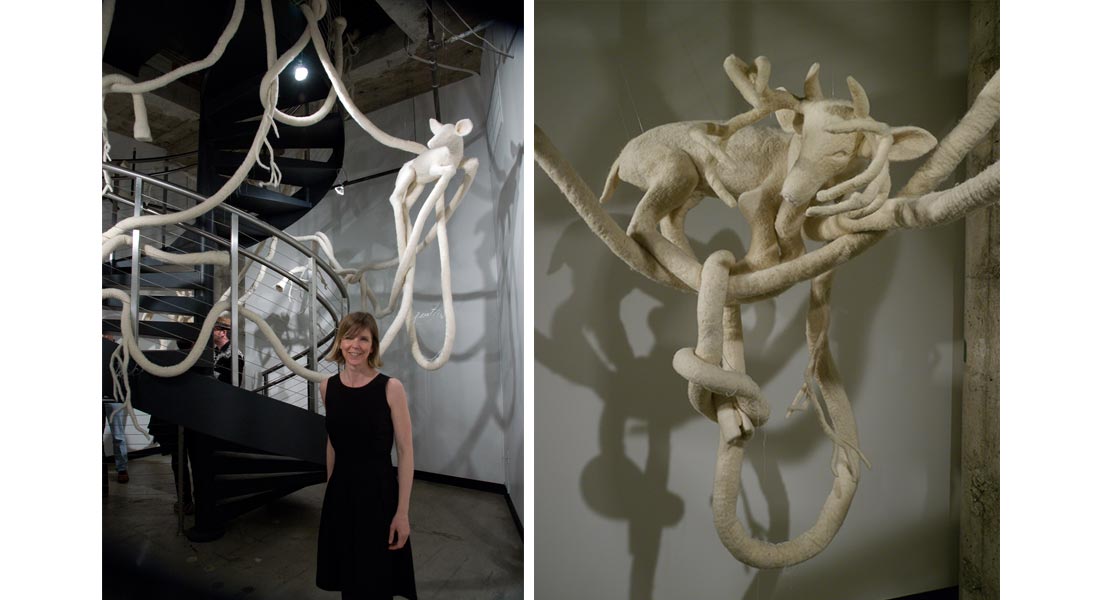 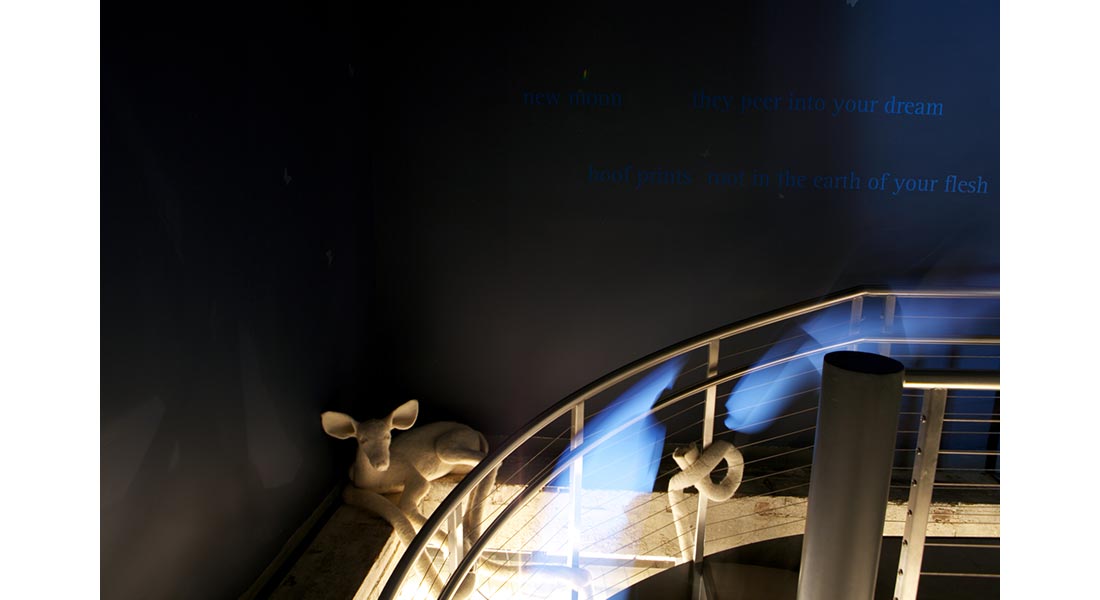 Needle-felted wool, 8 tracks of audio, 12 speakers embedded in the deer hooves.
12′ x 12′ x 22′ (the work occupies both floors of the circular staircase.)
Inspired by the poem Endangered by Elise Ficarra. Audio composed by Evelyn Ficarra

In the space of the installation, vanquished figures reappear. The three deer correspond with the three states of time — past, present, future — the three states of matter — animal, plant, mineral — and the three life cycles — birth, life, death. This work was inspired by the poem “Endangered” by Elise Ficarra. The audio was composed by Evelyn Ficarra. The work was collaborative. We agreed to create a project addressing human impact on nature and wildlife. It involved 4 stages. I provided a playlist (song/Rootless, movie/The Birds, location/a starry sky under a new moon), Elise responded with a poem, I created a 6” x 9” flat artwork. They were combined to make a traditional broadside. I responded to both the broadside and poem with a 3-dimensional installation (shown). Evelyn composed and produced the audio.