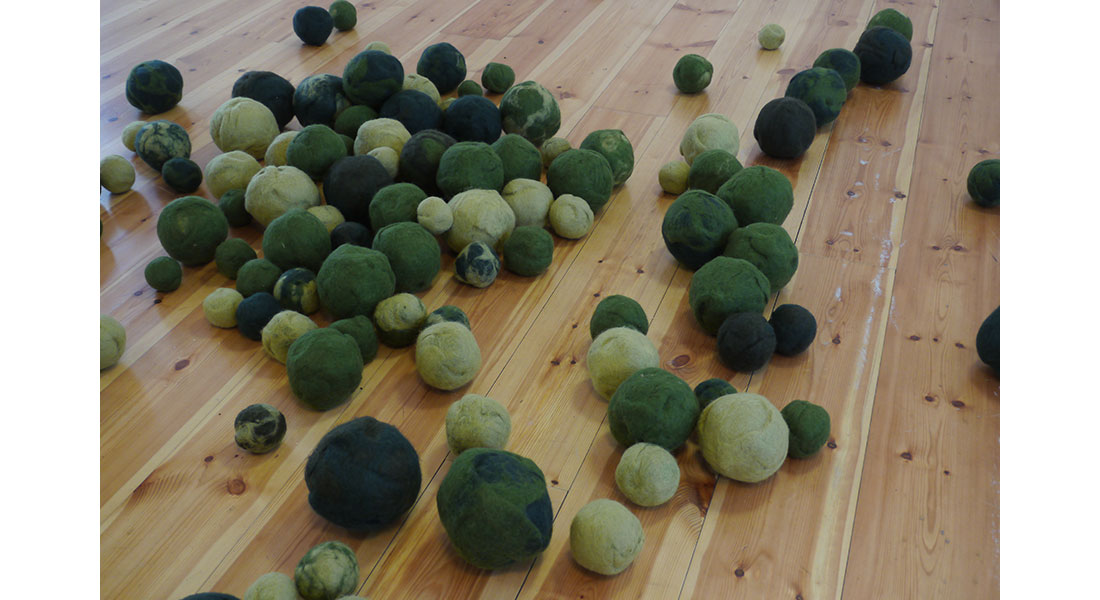 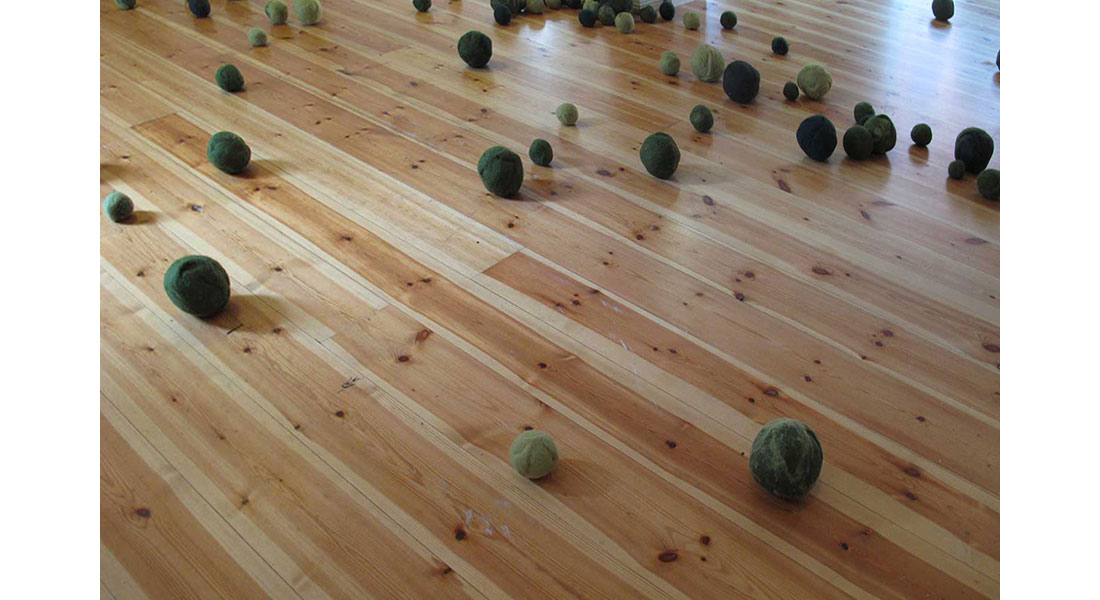 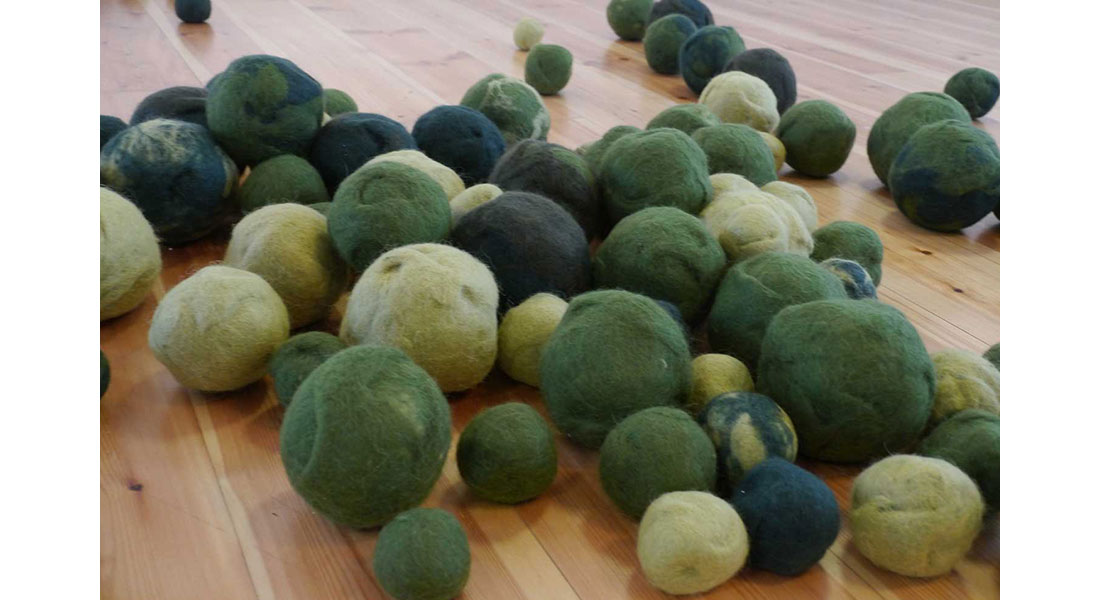 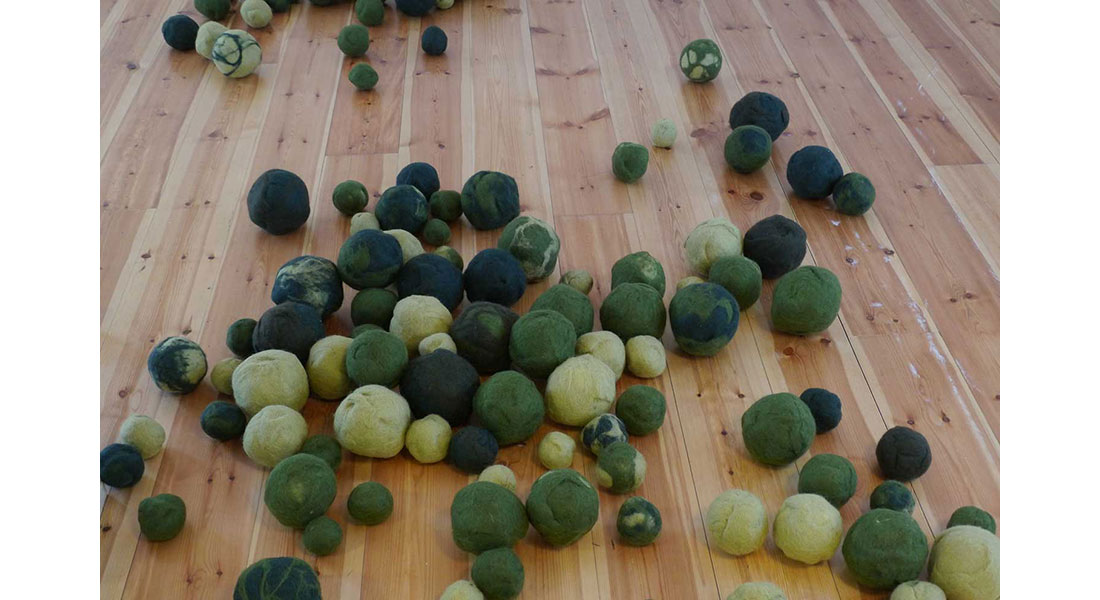 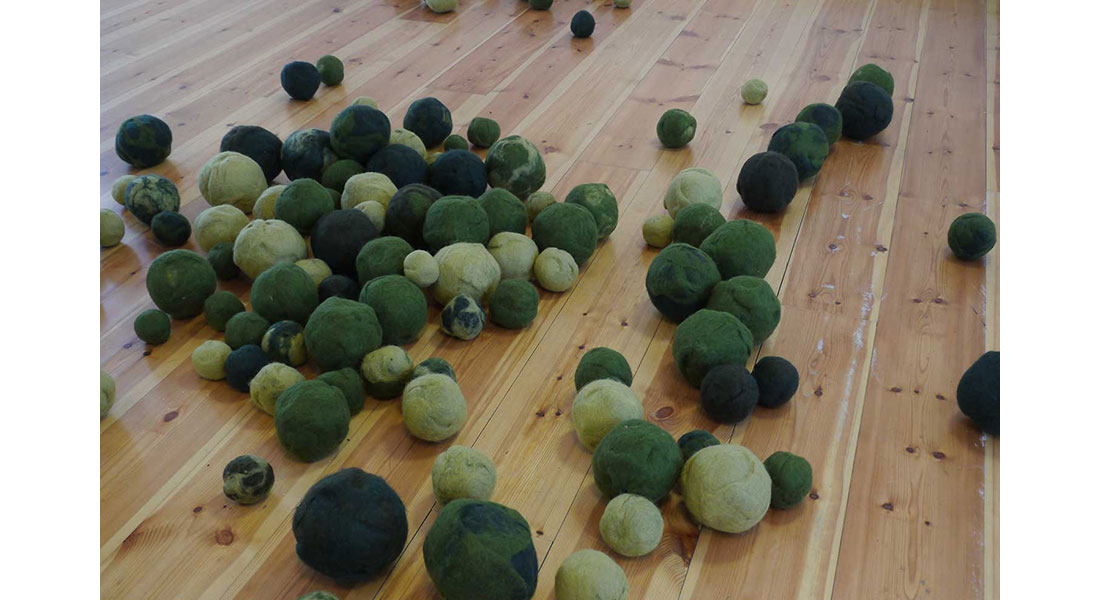 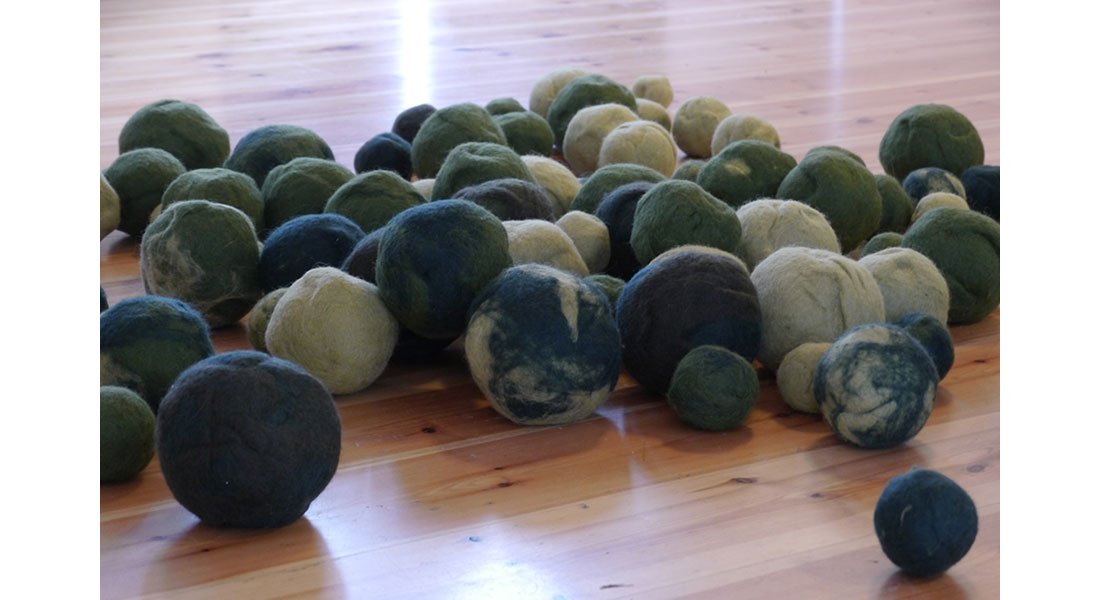 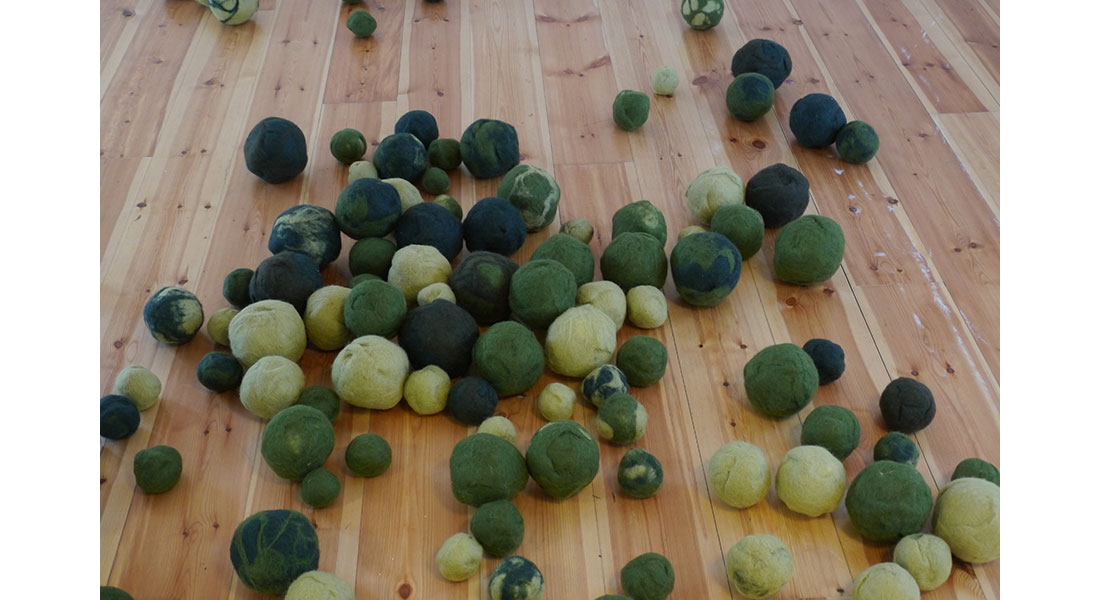 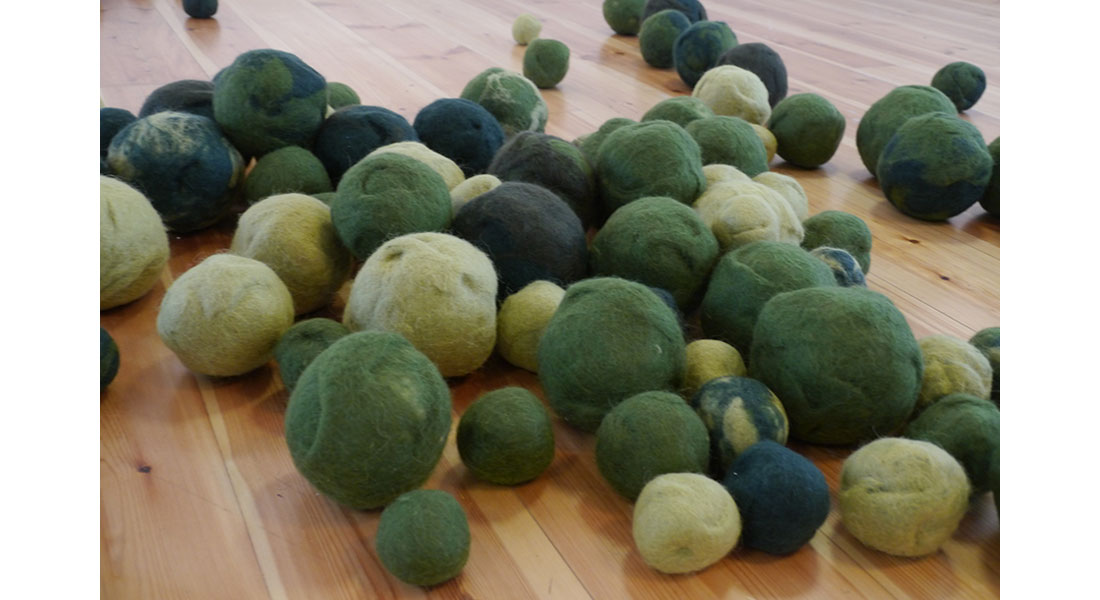 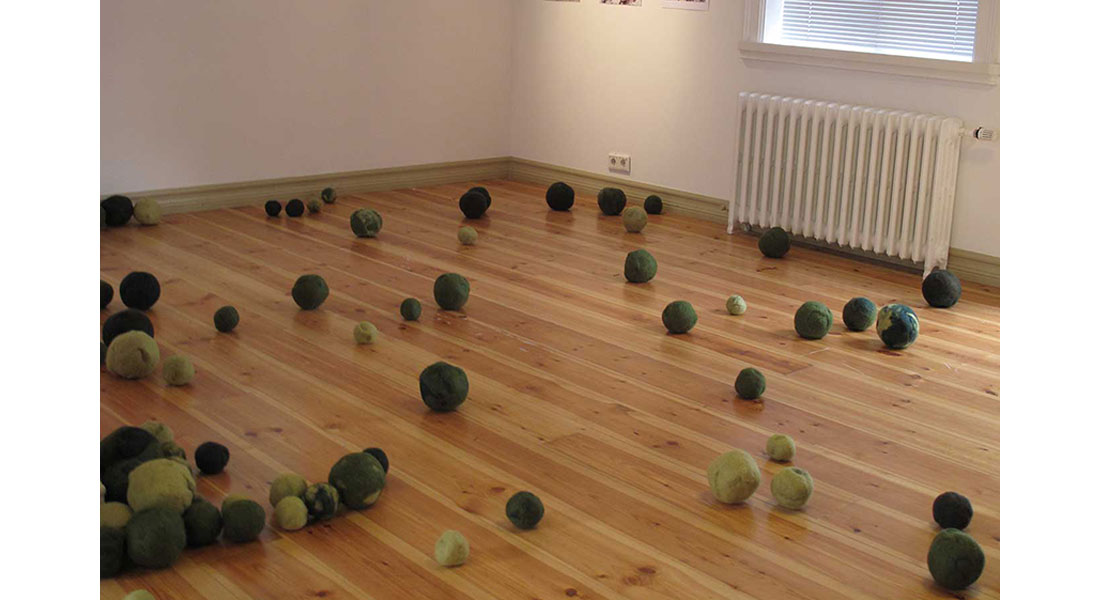 In less than the time I have lived on this planet, the Marimo balls in Lake Myvatn have decreased from being counted in the tens of millions, to today numbering in the hundreds. The lake balls were once so plentiful that the fisherman named them kúluskítur because the balls were continuously being trapped in their nets. Kúluskítur translates literally as “round shit”. Their rapid disappearance from the lake is being attributed to a mining operation in the 1960s.
Hovey’s installation dwindle ~ dvína is meant to make people aware of how their presence in the environment has an unforeseen and lasting impact on the fragile ecosystems. The intention is to make the gallery visitors conscious that something precious is afoot despite the careless and random placement of the balls throughout the space.