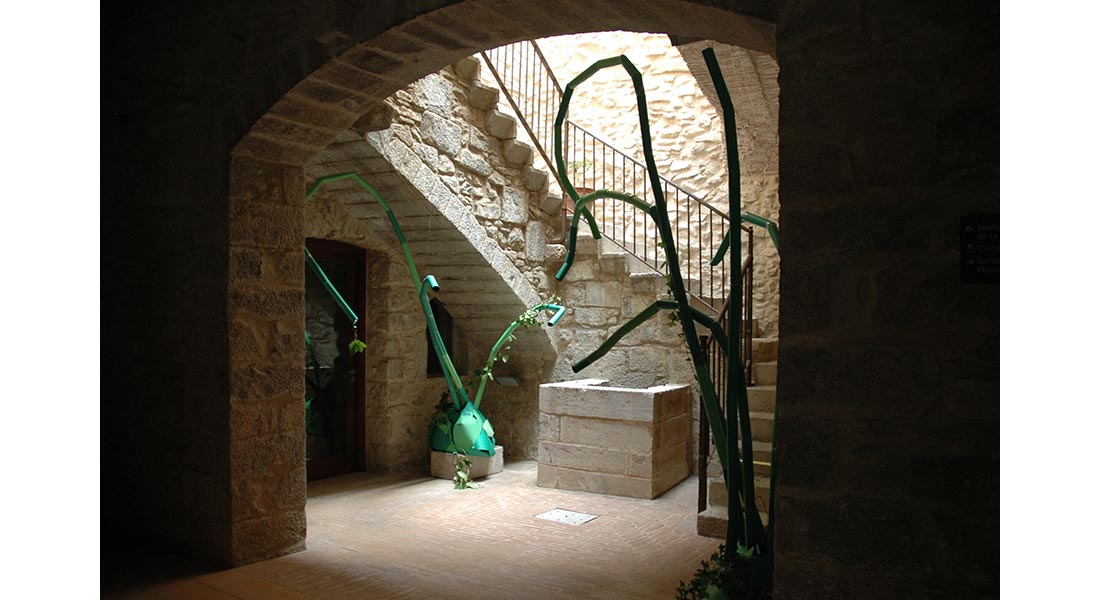 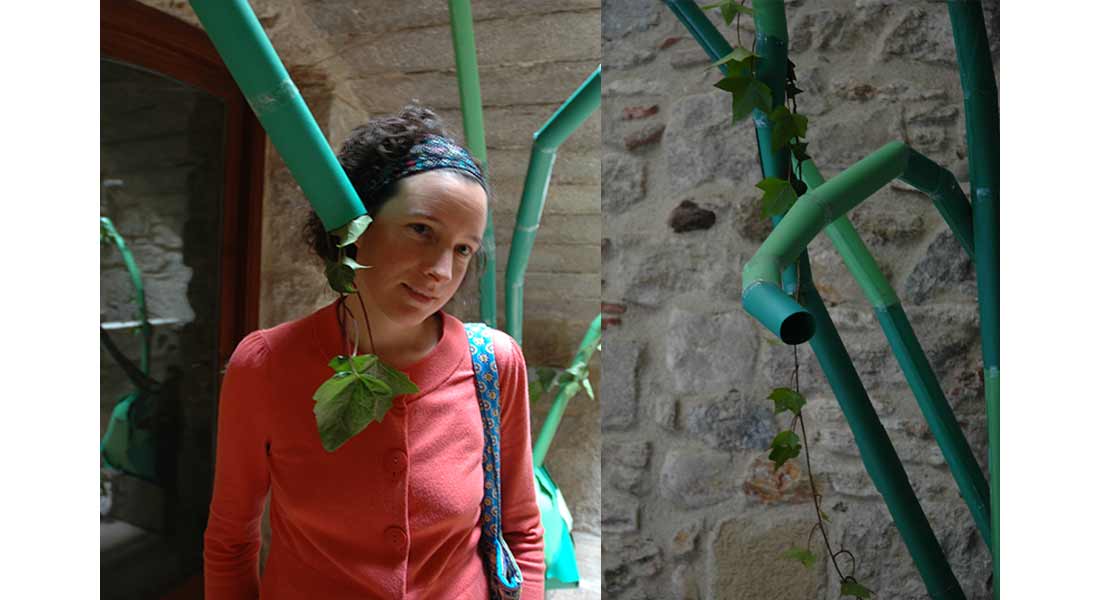 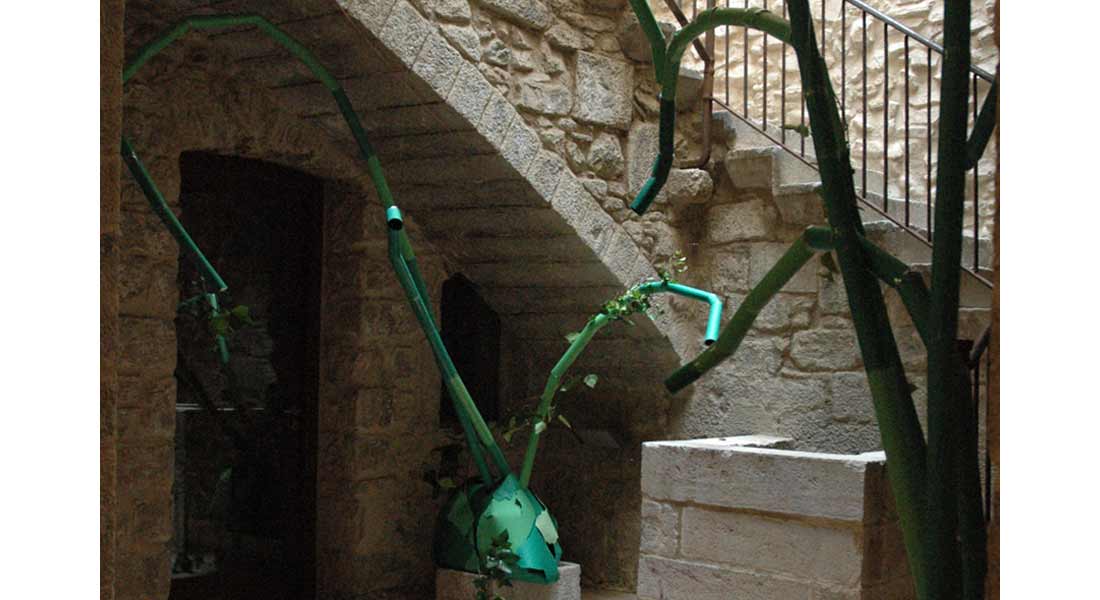 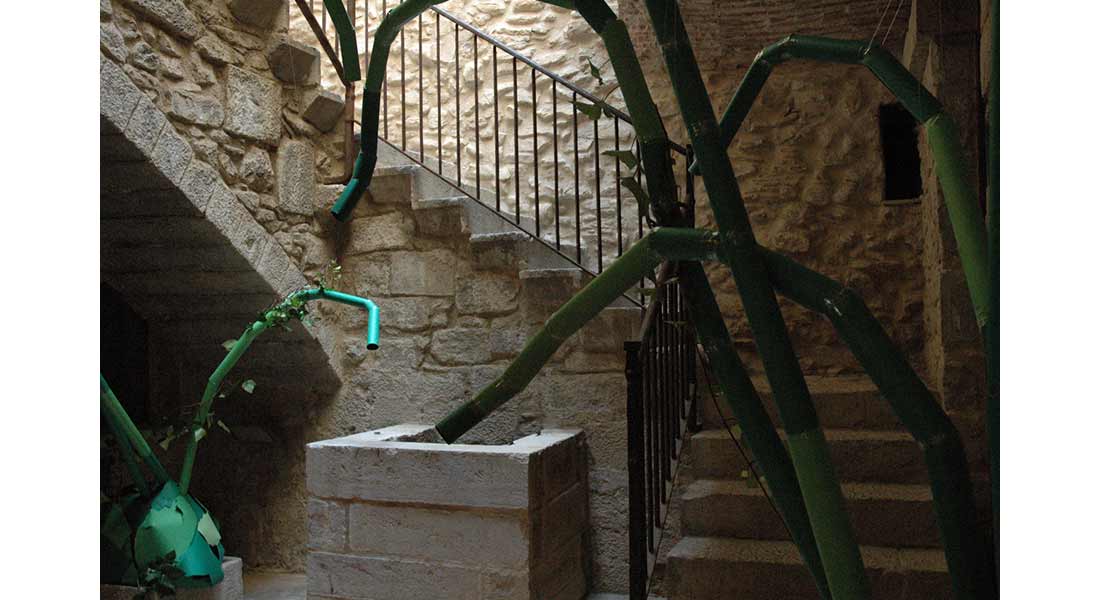 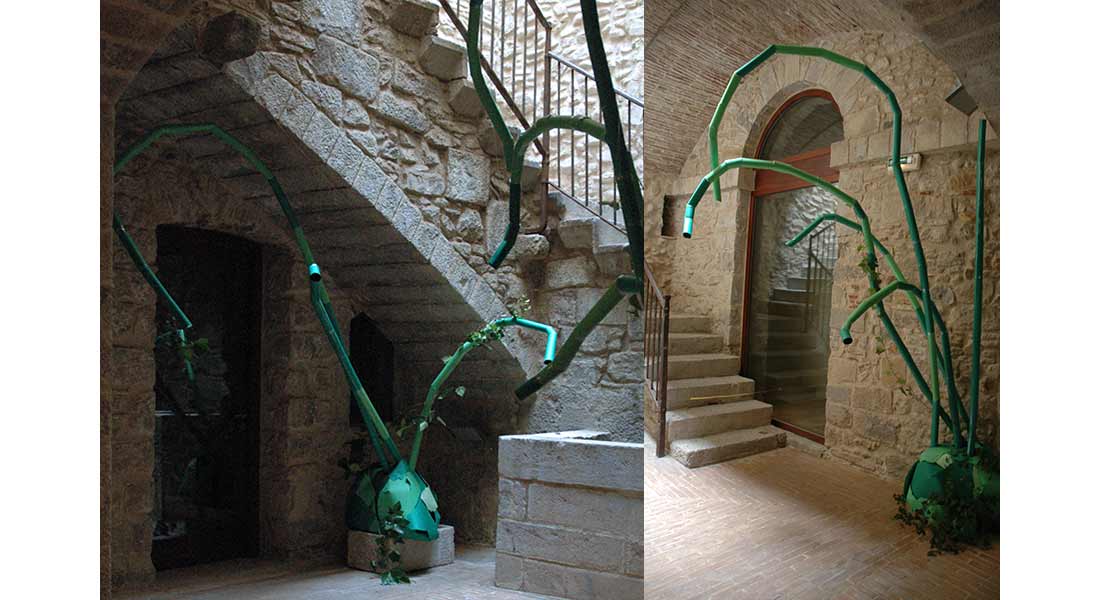 We sing to babies, to special days, to ideas of God. We sing for creation, for the extension of happiness, for remembrance, devotion and loyalty. Sometimes, somewhere, somebody also sing to plants. This song is to aid in the creation of life, to care for it, to feed it, but above all is for connecting to life itself. Therein lays the most basic, purest understanding of the living world: all is interconnected. Human voices and plants are just one manifestation of it.

Sing-along/Cancionero is a site-specific sound and sculptural installation that plays with the idea of singing to plants. It attempts to make evident the, if anything, spiritual necessity for the connection between plant and human world. The piece had two components: sound and sculpture. The sound component used layered and staggered voices of the people that live and visit Girona, and local bird songs that will rise up from the center of Patti Consej Social. These songs will be the nourishment upon which the flowers at the festival nearby will feed. The Patti was filled with an atmosphere of both chaos and equilibrium as the voices joined in song, and they acted as an invitation to attendees to join in.

The voices were recorded in public spaces throughout Girona; specifically green and peaceful places along the river, in parks and at the music. People of all ages were asked to sing a favorite song or a song they remember fondly, from which a layered recording will be made.

The sculptural component channeled the sound to specific points in the space. The paper stems, resembling bamboo, drew the viewers to move into the space to hear and connect with the voices.